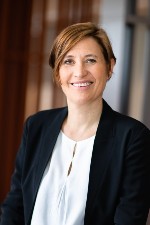 After 6 years of vice President Mentoring for PWN Lyon, where she developed a Mentoring expertise Team, she was elected President of the Lyon Board in July 2021 and she is very much inspired to put her energy & passion to contribute to this great global network and to support Women Leadership growth, Diversity & Inclusion with great innovative programs and new partnership.