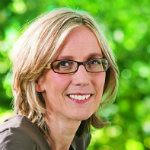 Is an engineer by training and a Harvard Business School graduate; she began her career in marketing with Procter & Gamble. She left the corporate world to spend some time with her children and then founded Eveil & Jeux in her garage. The company became France’s leading mail order the e-commerce toy business with a turnover of 70M€ before being sold to the Pinault Printemps Redoute Group in 2001. For the next five years, Margaret Milan dedicated her energy to the promotion of women’s careers and entrepreneurship through EuropeanPWN, first as initiator of the Think Tank and vice President of the Paris network then as president of the European network. She returned to the world of toys in 2006, heading up strategic transformation at what had become Fnac éveil & jeux, a retail, catalogue and internet business with turnover of 130M€. She also led the Eveil & Jeux Foundation, supporting learning projects in underpriviledged communities. She accompanied the sale of the business by Kering to ID Group, a French children’s clothing retailer, in 2010. Since then, she has been an active board members of mid-sized consumer focused firms and start-ups. She recently co-authored a book of Gender balanced leadership,  Mixité: quand les hommes s’engagent, which will soon be published in English.

Margaret is from Scotland, is married to a Frenchman and is the mother of two daughters. She has received the prestigious ‘Legion d ‘Honneur’ in the category chevalier. France’s president Sarkozy recognized her for her tireless efforts in promoting women’s professional progress and entrepreneurship.